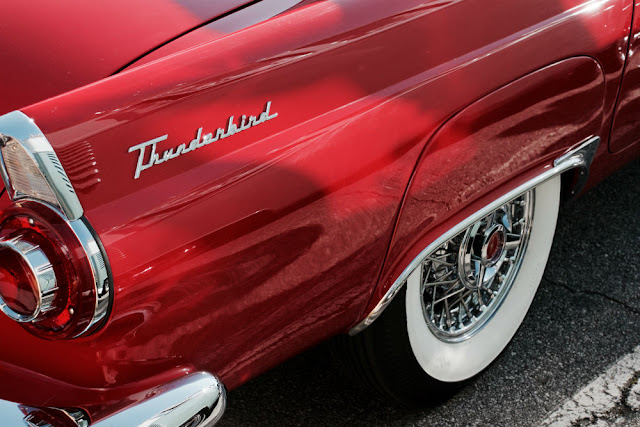 The ultimate classic car? Impossible to say - though the Ford Thunderbird must be right up there! Visually stunning, of course … full-gloss Americana, as it was. But, there was always more to the Thunderbird than met the eye. Its no-nonsense V8 motor made sure of that. In 5.1-litre format, the 'Bird was good for 120mph. The engine was borrowed from the Ford Mercury.

Next to some of its rivals, the visual design of early 'Birds was reserved. There is little that is excessive in the clean, bold lines of the first models. All pedal to the metal sports car styling. That said, it helped if you were travelling in a straight line. 'Birds tended to wade through bends - due to their super-soft suspension set-up.

The Thunderbird was Fifties, through and through. As the decade wore on, though, time took its toll. Like Elvis, it started out in life lithe and agile - with ebullience and looks all its own. In later versions, some of that grace faded. But, nothing can detract from the original. When the fledgling Thunderbirds - pristine and powerful - first flew the Ford coop.