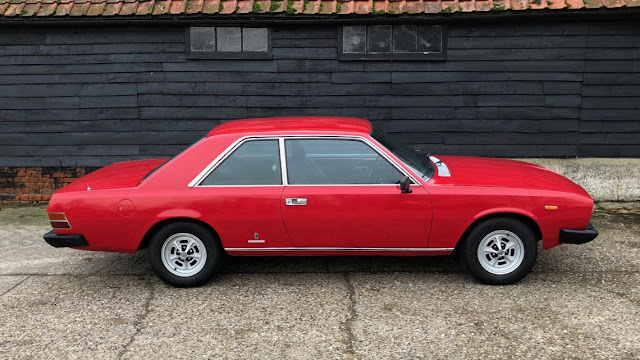 When Pininfarina consider a design one of the best they ever did, you know it was a bit special! That was the case with the Fiat 130 Coupé. The simplicity of its styling was its strength. The 130 said it all in just a few clean lines. They gave it gravitas - as befitted a first-rate luxury car. Sadly, though - in terms of sales - Fiat simply did not have the cachet of, say, a BMW or Mercedes.

The 130 Coupé's imposing exterior was matched by the opulence within. Velour seats were drawing-room dapper. Veneer door cappings blended with electric windows. There were dual-tone town and country horns. Plus, acres of space for four well-heeled occupants. Comfort was the Coupé's stock-in-trade. Power steering pampered the driver. And for the passengers, independent suspension provided a smooth and stress-free ride.

Performance-wise, the 130 was no slouch. Top speed was 118mph. A 3.2-litre V6 gave 165bhp. Torque was plentiful. The 'box was a Borg-Warner 3-speed auto - with a 5-speed manual available. Mechanically, the 130 was solid, sound and dependable. But, it was aesthetically that the 130 shone. Classic Italian styling cues were written all over it. Commercially, though, the car was hard done by. Fiat, of course, has a fine and prestigious back catalogue. But - had it been built by a bigger, more 'luxurious' brand - the Fiat 130 Coupé would have received more of the plaudits it deserved.