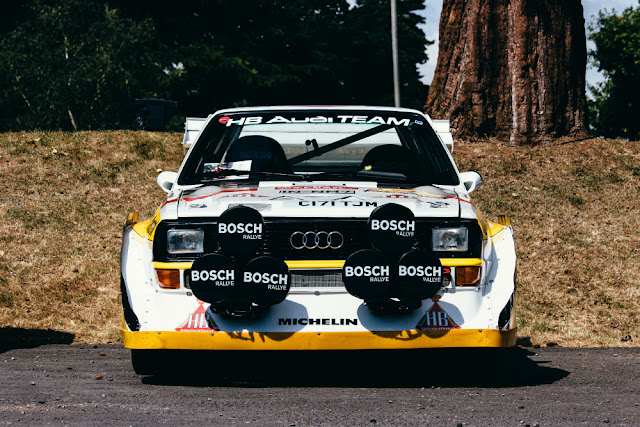 The Audi Quattro revolutionised motoring. On its launch - in 1980 - it was the safest car on the planet. Its state-of-the-art 4-wheel drive set-up had taken grip to a new level. Top speed was 142mph. 0-60 took just 6.3s. That came courtesy of a turbocharged, 2.1-litre 5-cylinder engine. Top-spec output was 220bhp.

Certainly, the Audi rally team had taken 4-wheel drive to its heart! As with the roadster, the Quattro rally car significantly upped traction in the rough stuff. Somewhere between the road and rally cars was the Quattro Sport - a 2-seater 'homologation special'. It was fitted with a 300bhp motor. Just enough production cars were built to qualify it to go rallying. Its shorter wheelbase meant it handled even better than the standard version. Though it was three times the price of the base model, a top speed of 155mph made it more than tempting!

When Audi announced they were pulling the plug on the Quattro, there was uproar. Audi succumbed to public pressure - and production continued until '91. Motorists had fallen in love with four-wheel drive. The Audi Quattro rally car's remarkable tally of wins only intensified that love!