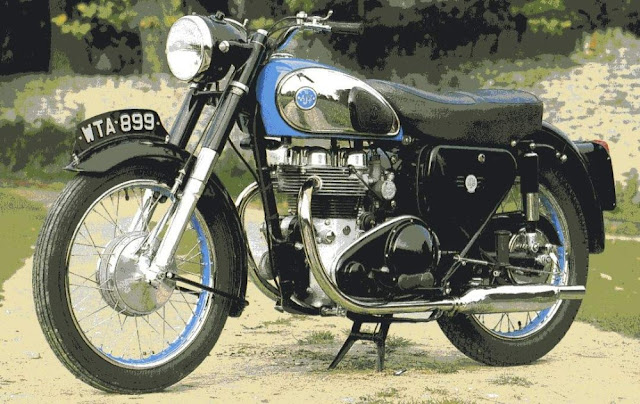 The Model 30 was released in '56. AJS was founded at the beginning of the century, by 'Albert John Stevens' - in Wolverhampton, England. Its factory gates would shut for the final time, in the late Sixties. In the intervening 60 or so years, AJS went through several changes of ownership. In '31, AJS was subsumed into London's Matchless. As a result, the AJS Model 30 ended up being the self-same machine as the Matchless G11 - save for the company livery and exhaust set-up. Matchless were keen to keep AJS devotees onside - so, the 'two' bikes were twinned. Seven years later, and the hybrid marque merged into AMC (Associated Motor Cycles). Then - in '67 - AMC were taken over by Norton Villiers. By then, some of the AJS machines were being fitted with Norton parts.

At the racetrack, things were much more straightforward. In 1914, AJS took the Junior TT title. And yet finer feats were to follow. AJS made history by winning the first 500cc world championship, in '49 - Les Graham piloting a 'Porcupine' twin to the title. Arguably the most iconic of the AJS competition bikes, though, was the 'Boy Racer' - the single-cylinder 350cc 7R. It first appeared in '48. The 7R's motor was subsequently uprated to 500cc - to power the Matchless G50.

The Model 30 roadster's 593cc engine powered it to a respectable top speed of 95mph. The bike handled well, into the bargain - and was comfortable, reliable and economical. In short, the Model 30 was a paragon of virtue! No surprise, then, that a company of the calibre of AJS was the source of its excellence.