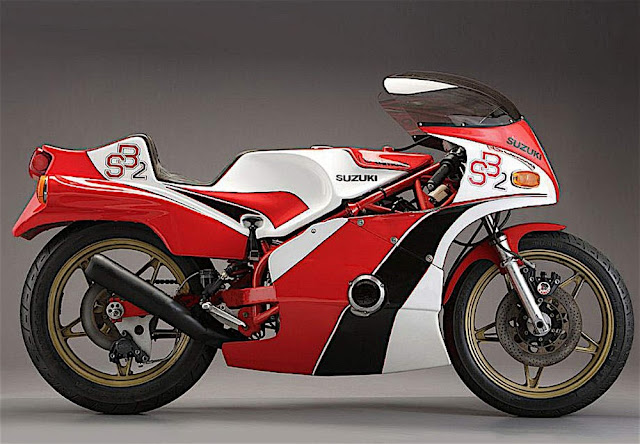 'SB' stood for Suzuki/Bimota. It codified Bimota's standard practice of incorporating proprietary engines into its own bespoke chassis. In the case of the SB2, power was provided by the Suzuki GS750. The 8-valve inline-four-cylinder unit peaked at 68bhp. That gave a top speed of 130mph. Credit was also due to the SB2's slippery lines - as well as a dry weight of just 440lb.

The main man behind the SB2 was Bimota co-founder Massimo Tamburini. Legendary engineer that he was, he had previously designed chassis for 250 and 350cc world championship-winning bikes. In '77, his technical brilliance was poured into the new Bimota. It was a gimme, then, that the SB2 would handle as well as it went. Ceriani telescopic forks - and a first-of-its-kind rear monoshock - were duly hitched to a tubular steel space-frame. The monoshock alone distanced the SB2 from its rivals - in every sense of the verb!

First and foremost, though, a Bimota exudes style. The SB2 certainly ran true to form, in that regard. Its bodywork wrote the book on 'swoopy'. The stylish tank protector/seat was a self-supporting one-piece. That subframe-saving innovation - like the rising-rate rear shock - was subsequently seen on mass-produced machines. So, the consummate special-builders - from Rimini, Italy - had done what they did best. In the form of the SB2, Bimota had dreamed up a beguiling mix of dynamite design, and top-drawer technology. Again!