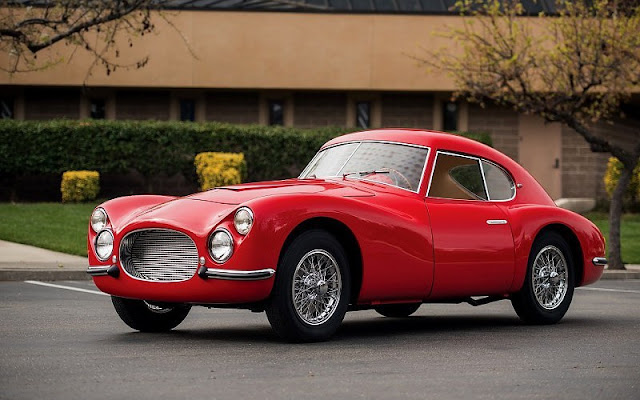 Had the Fiat 8V been produced in the US - rather than Italy - it would have been dubbed the Fiat V8. The engine in question was a 2-litre 70° V8. Once put through its paces, Fiat's powers that be declared themselves well-pleased with the result.

The 8V was released in '52. At the beginning of the Fifties, the upper echelons at Fiat were in disarray. Rumours spread that chicanery and sharp practice were rife. It was a good time, then - for those made of the 'right stuff' - to climb the corporate ladder. Young Dante Giacosa - Fiat's head of testing - saw the 8V as a chance to impress. Indeed, his superiors had advised him the new car needed to deliver.

The 8V was conceived as a luxury sedan. So impressive, though, was its V8 motor, that thoughts soon turned to the sports car market. Initially, the 8V served up 105bhp. That was subsequently upped to 115bhp. And, it finally maxed out at 127bhp. Top speed was a more than handy 190km/h. That set you back 2,850,000 lire. Value was added by all-round independent suspension - a first for Fiat. The original intent had been to lengthen the Fiat 1400's chassis. Then, clothe it in Pininfarina's sumptuous 'fabrics'. But, excess weight put the kibosh on that plan. Into the design breach stepped Fiat's own Fabio Rapi. It was his bodywork which bewitched visitors to '52's Geneva Motor Show. After the brouhaha had abated, just 114 8Vs would be built. By '54 - a mere two years after its launch - the game was up for the 8V coupé. A bit of a damp squib, then? In a way - but, during its brief lifespan, the 8V returned Fiat to the sports car fold. The illustrious Italian company was back on track ... manufacturing classy, fast and agile automobiles.