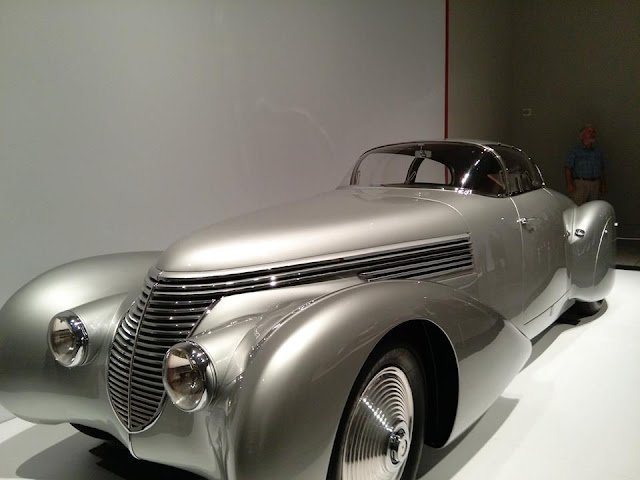 André Dubonnet was a doyen of the drinks industry. The culmination of his life's work, though, would be the Hispano-Suiza Xenia. From a wealthy background, Dubonnet was a car-crazed kid. The only toy he ever really wanted was a one-of-a-kind 'supercar'. Finally - in ’45 - he got it!

For all his wealth, Dubonnet was a worker. Over time, he made himself a more than competent car fabricator. Hispano-Suiza was his marque of choice. Using their style-soaked creations as source material, Dubonnet fashioned several racing prototypes. They graced grand European events – including Monza, the Targa Florio, Le Mans and Boulogne. Not only did Dubonnet build the cars - he drove them, too. He did so well enough to be asked to join the Bugatti race équipe - by boss Ettore.

Dubonnet built up an impressive portfolio of clients. No less a player than GM acquired some of his research work - into hydro-pneumatic suspension, and pumpless oil delivery. But, even Dubonnet needed help from time to time. He recruited Jacques Saoutchik to the Xenia cause. The fabled Russian coachbuilder was tasked with sorting the aerodynamic aspects of the car. Dubonnet had land speed record attempts in mind. So, Saoutchik's wind-cheating know-how would be vital. He also knew how to design a stunning-looking automobile. Sadly, the Xenia never broke a speed record. Though it did get to open the Saint-Cloud tunnel - near Paris. None of which is to suggest it did not have any of the must-have attributes of an LSR car. It was a stability-inducing 5.7m in length. And could clock up 200km/h. Despite its shortcomings, then - in speed record terms, at least - Dubonnet's Hispano-Suiza Xenia was one of the most innovative and spectacular cars of all time. Motoring was never so en vogue! Cheers, André!