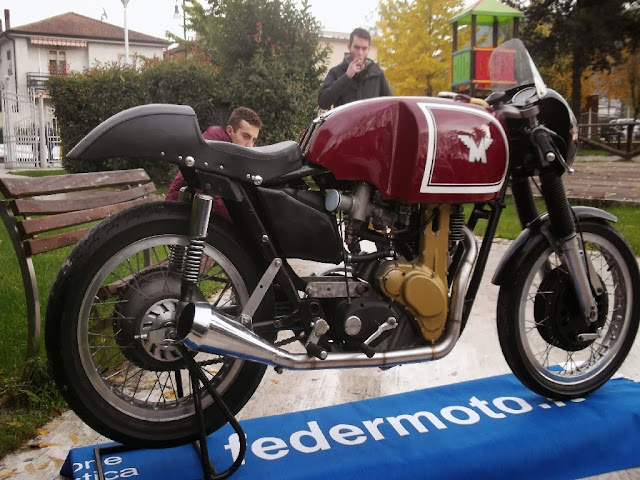 The Matchless G50 had a lot to live up to. To name your new company 'Matchless' needs confidence in its products - to put it mildly! That was something Charlie and Harry Collier clearly possessed, when they opened for business in 1899. They were located in Plumstead, south-east London. Both brothers were racers - of some repute. In 1907, Charlie rode a Matchless to victory at the first TT - in the single-cylinder category. Harry performed the same feat two years later. At the time, then, the Matchless moniker was pretty much justified.

Fast-forward to the Sixties - and Matchless were dominant again. Now, it was the turn of the G50 to hold all-comers at bay. First unveiled in the late '50s, the Matchless G50 was - to all intents and purposes - an AJS 7R, re-badged. Matchless had acquired AJS, in 1931.

More proof of confidence within Matchless can be found in its logo. It takes some hutzpah to rely on a single letter to get your marketing message across. Charlie and Harry, though, clearly felt that a winged 'M' was sufficient to identify a motorcycle as a Matchless. It is not as if it was an excessively long brand-name to display on the tank! There is a fine line, of course, between self-belief and hubris. The former is a prerequisite for success - the latter, an almost cast-iron guarantee of failure. However, it would seem that the two young Londoners got the balance spot-on. After all, Matchless motorcycles began winning races at the turn of the 20th century. And - at classic bike events, at least - they are still there or thereabouts well into the new millennium!